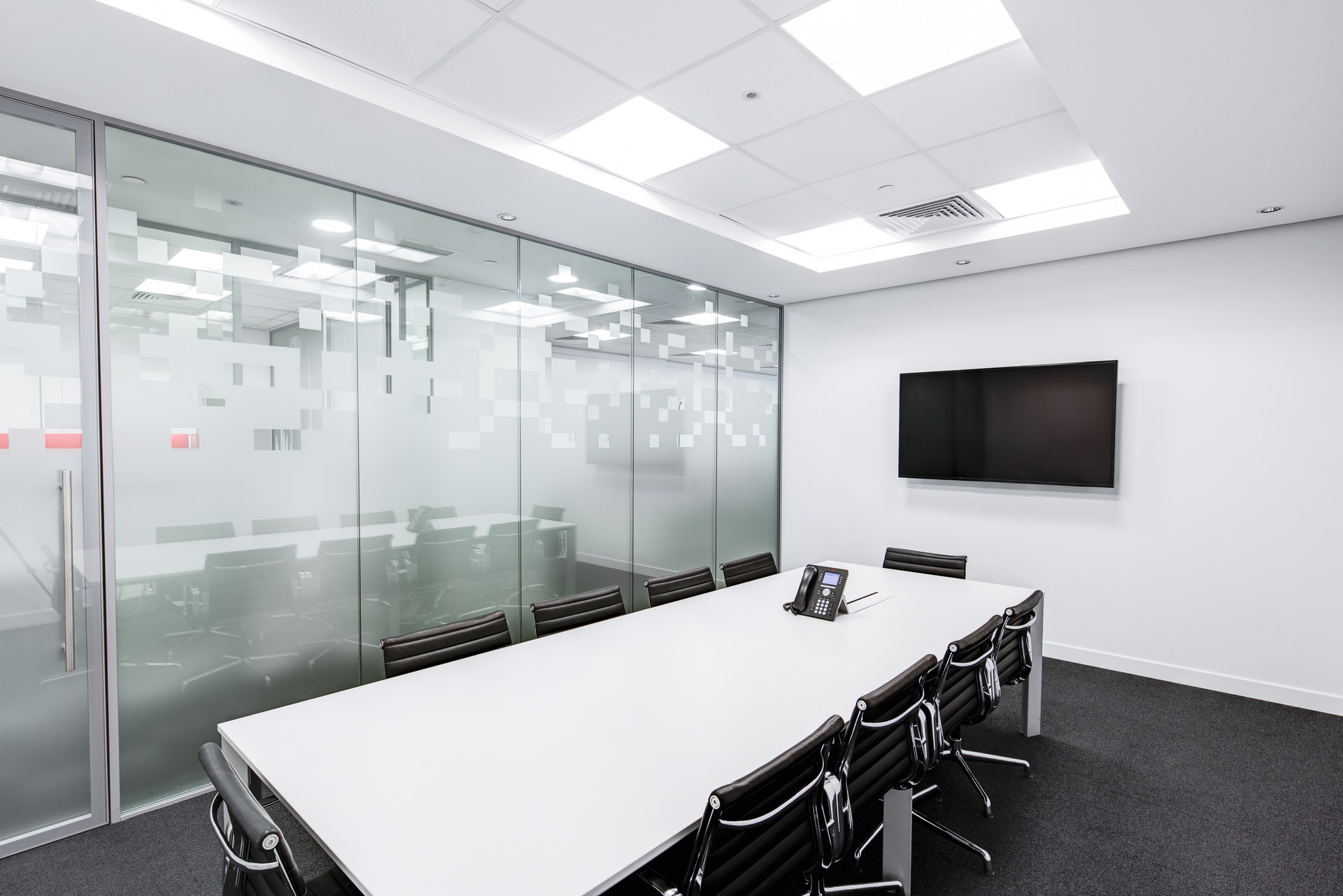 Welcome to our March 2015 Employment Law Newsletter, keeping you up to date with changes in employment law and informing you of recent case developments over the last month.

The UK uses the definition that provides for a collective redundancy situation where an employer is going to make 20 or more employees redundant at 1 establishment in a period of 90 days or less.

The Advocate General has provided his opinion on the meaning of the word ‘establishment’ when trying to ascertain whether there is a collective redundancy situation. In his opinion ‘establishment’ means the local employment unit to which the redundant workers are assigned to carry out their duties; it is for national courts to decide the extent of each employment unit.

We are still waiting on a decision from the European Court of Justice and they are not obliged to agree with the opinion of the Advocate General. It is therefore important that employers remain cautious when deciding what constitutes an establishment in a collective redundancy situation.

We will update you on the European Court of Justice’s decision when it is available later this year.

Court of Appeal upholds Tribunal decision that a director and a shareholder could be an “employee” or a “worker”
The case of Stack v Ajar-Tec Ltd concerned a company called Ajar-Tech Ltd which had three shareholders and directors who each contributed to the business of the company in different ways.

The relationship broke down with one of the shareholders and directors, Mr Stack and his position as director was terminated. Mr Stack had no formal contract of employment with the company and had never been paid a salary by the company. Mr Stack brought claims for constructive unfair dismissal and unauthorised deductions from wages. To qualify for these claims the employment tribunal would need to see Mr Stack as an employee and as a worker.

The tribunal found that Mr Stack was an employee and a worker and that there had been a contract of employment. The employment appeal tribunal overturned the decision but on an appeal to the Court of Appeal it was found that the tribunal was correct in its approach and that it was for the tribunal to decide whether there was an implied term that Mr Stack should receive a reasonable salary for his contribution to the business.

This case shows the confusion that can arise where parties fail to put a written contract of employment in place. It is also important to remember that an individual’s status as a director or a shareholder in a company does not prevent them from also being considered an employee.

The employment appeal tribunal overturned the tribunal’s decision and found that the relevant provisions of the State Immunity Act 1996 were incompatible with the European Convention on Human Rights Act 1998.

The claims were taken to the Court of Appeal which agreed with the employment appeals tribunal. The Court of Appeal made a declaration of incompatibility with the Human Rights Act 1998 and found that as far as the State Immunity Act 1996 conflicted with EU law, it should be disapplied.

Mr Shrestha appealed to the Court of Appeal as he felt that the tribunal had failed to apply the relevant tests properly when considering the reasonableness of the investigation carried out by his employers.

This case highlights the importance of the staff handbooks and the fact that parts of the handbook may amount to contractual terms of employee’s contract of employment and should therefore be managed with care.

Abuse of Emails
In the case of Williams v Leeds United Football Club, Mr Williams was summarily dismissed for sending pornographic pictures from his work email account. The emails were only discovered over 5 years after they had been sent. The High Court found that the employer could summarily dismiss despite the delay in discovering the offending emails.

Delay invalidated Constructive Dismissal Claim
In the case of Colomar Mari v Reuters Ltd UKEAT/0539/13 Ms Colomar Mari took sickness absence from work during which she made a number of complaints including that she had been treated unfairly by her co-workers and her managers. She accepted 39 weeks of sick pay, requested access to her work emails whilst she was absence from work, she asked to be considered for permanent health insurance and discussed her worries about continuing employment during meetings. On this basis the tribunal found that she had affirmed her contract of employment and had not therefore been constructively dismissed. The tribunal also dismissed Ms Colomar Mari’s argument that she could not have resigned or submitted a claim earlier as she was too ill.

The employment appeal tribunal upheld the tribunal’s decision confirming that Ms Colomar Mari was not too ill to resign sooner and that she had affirmed her contract of employment so she could not claim for constructive dismissal.

This case relied on rules that have already been well established about affirming contract of employment, but it highlights the fact that the circumstances as to when affirmation applies, are very much dependant on the facts of each case.

In another case of Hart v St Mary’s School (Colchester) Ltd the employment appeal tribunal disagreed with the employment tribunal’s interpretation of a part-time teacher’s contract of employment.

In this case the part-time teacher’s contract contained a provision that said that she could be required to work at such times as would be necessary in the reasonable opinion of the head teacher for the proper performance of her duties. Other sections said that part-time worker’s hours could be changed to meet the requirements of the school timetable.

The employment tribunal thought that these contractual provisions allowed the school to vary the teacher’s hours so that the head teacher would have to work them over a period of 5 days instead of 3 days.

The employment appeal tribunal disagreed and found that the variation clause in the teacher’s contract of employment was clear and unambiguous enough to permit a unilateral variation of this kind.

These cases act as useful reminders that any clause that attempts to allow unilateral amendments to contracts of employment should be set out in a very clear way without ambiguity and in any event a general clause that is intended to allow employers to amend contracts of employment without the employee’s consent is unlikely to succeed if challenged.

The claimant and their legal advisor were found to have failed to act quickly once they were aware of the employment tribunal’s failure to deliver the written reasons to the correct address.

10% Uplift on Damages
In Simmons v Castle [2012] EWCA Civ1039 the Court of Appeal found that there should be a 10% uplift on general damages in civil claims following the Jackson Reforms.

The employment appeal tribunal has provided its opinion on this matter and concluded that the 10% uplift should not apply to injury to feelings awards in the employment tribunals.

Increase to Statutory Pay
The Welfare Benefits Up-rating Order 2015 has been drafted to increase statutory payments by 1% in 2015/2016.

There will be an increase in statutory maternity, adoption, and paternity, additional maternity and shared parental pay from 5th April 2015.

There will also be an increase in the weekly rate of statutory sick pay from 6th April 2015.

The Employment Rights (Increase of Limits) Order 2015 will raise the compensation limit for unfair dismissal claims on 6th April 2015.

The penalty is an unlimited fine.

Responses to the consultation should be submitted by 22nd May 2015.

We will continue to keep you up-to-date on the position.

Employee Shares
HMRC has announced that the Department of Business Innovation & Skill has stated that existing shares can be used to set up employee shareholder arrangements instead of the need to issue new shares.

We are waiting for updated guidance from the Department of Business Innovation & Skill on this point and will update you when it comes out.

HM Online Court
An online Courts and Tribunals service has been recommended by the Civil Justice and Council Online Dispute Resolution Advisory Group to aid in faster resolution of claims and to help solve low value claims.

If you require any further clarification in relation to the above developments, or if you need any further assistance then please do not hesitate to contact our team of specialist employment solicitors on 0161 832 3304.